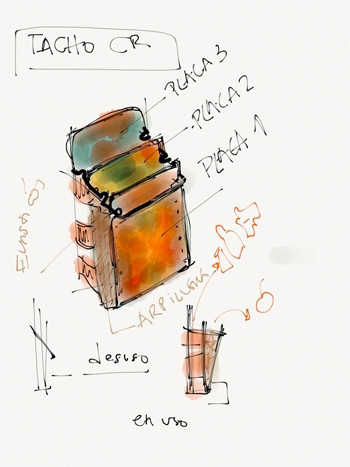 This is the number of households in Morón, the Buenos Aires suburb, from which members of cooperativa Nueva Mente collect the weekly rubbish that they then separate, sort, and sell to recycling middlemen. Until about 1 month ago this figure described a daily routine, but then it occurred to us that it also represented a built-in marketplace, which has always been the most elusive and fickle dimension of WFL. And so the Contenido Prensado youth group prepared a survey for these 4500 households to get a better picture of their daily consumption and disposal routines. Above is a first sketch of the translation of that survey into a product that mutually benefits the families of Morón and the cooperative.